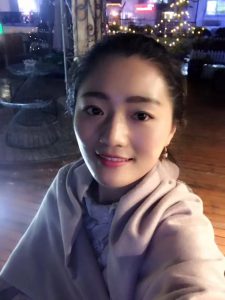 This edition of the Colleague Focus features Lexi Lu, the Office Manager of our Taizhou facility. Lexi began her time with Mar-Bal as an intern in March of 2017 and worked her way to the full-time role she currently holds. Lexi earned her Bachelors at Nanjing Normal University where she furthered her lifelong pursuit of knowledge. Lexi’s studious nature has helped her excel at Mar-Bal and she hopes to continue her education in the future, studying abroad.

Lexi attributes her career development with the patience she was met with that allowed her to grow and thrive in addition to the support she received from her Chinese and American colleagues along the way. Her prosperity revealed what she was capable of as she received more responsibilities while her role expanded. “I enjoy what I am doing right now and I’m also embracing whatever might come my way through work and life in the future”.

Lexi’s two favorite aspects of Mar-Bal’s company culture is a flexible work environment which grants her the freedom to approach tasks with a creative mindset, and the sense of teamwork throughout the company.  It is her belief that the entire Taizhou team has benefited from this environment, allowing everyone to perform to the best of their abilities. Accustomed to working as an individual before joining Mar-Bal, the collaborative atmosphere shifted her outlook and allowed Lexi to appreciate working with colleagues towards a common goal.

Admittedly Lexi has multiple moments in her career with Mar-Bal that are a source of pride, but among those are two that are most notable. At the top of her list is the Grand Opening of the Taizhou plant. This was no easy task as the planning began months in advance to ensure a memorable opening ceremony attended by customers, suppliers, Chinese officials and both US and Chinese Mar-Bal employees. “The Taizhou Grand Opening ceremony in 2018 helped me realize my potential and the gratification I receive by helping others which I will never forget”. Secondly is her part as a member of the Taizhou team operating during the current climate we are operating under worldwide. “I found that this time has further solidified our team as everyone didn’t hesitate to take the initiative no matter the goal and the examples my colleagues set has motivated me to keep the pace with them.”

Just like many of us, Lexi’s relationship with her family is prominent in her life. According to Lexi, her grandmother which is the anchor of her family has always quietly put others first and taught her many life lessons including the importance of honesty and humility. A skilled gardener and cook, Lexi’s grandmother has apparently passed on her cooking abilities on to everyone but her. “Everyone in my family is a talented cook except for me. China has many famous dishes – meatballs and “hair-slim” bean curd soup derived from my hometown of Yangzhou are among my favorites. The meatballs simmer for four hours in a ceramic pot and by the time they are finished, they melt in your mouth. The bean curd soup really tests a cook’s knife skills because the bean curd slices should be “slimmer than a piece of hair” which is where the dish received its name”.

Lexi’s passion for learning is only rivaled by her desire to travel. Early in life she was not able to travel a great deal but has her sights set on several destinations in the future including India, Nepal, Japan, Tibet and Mongolia.

Thank you Lexi for your hard work and eagerness to contribute however you can!